Shopping waterproof watches for men can be confusing - here are the details on what makes a watch good for swimming and diving. 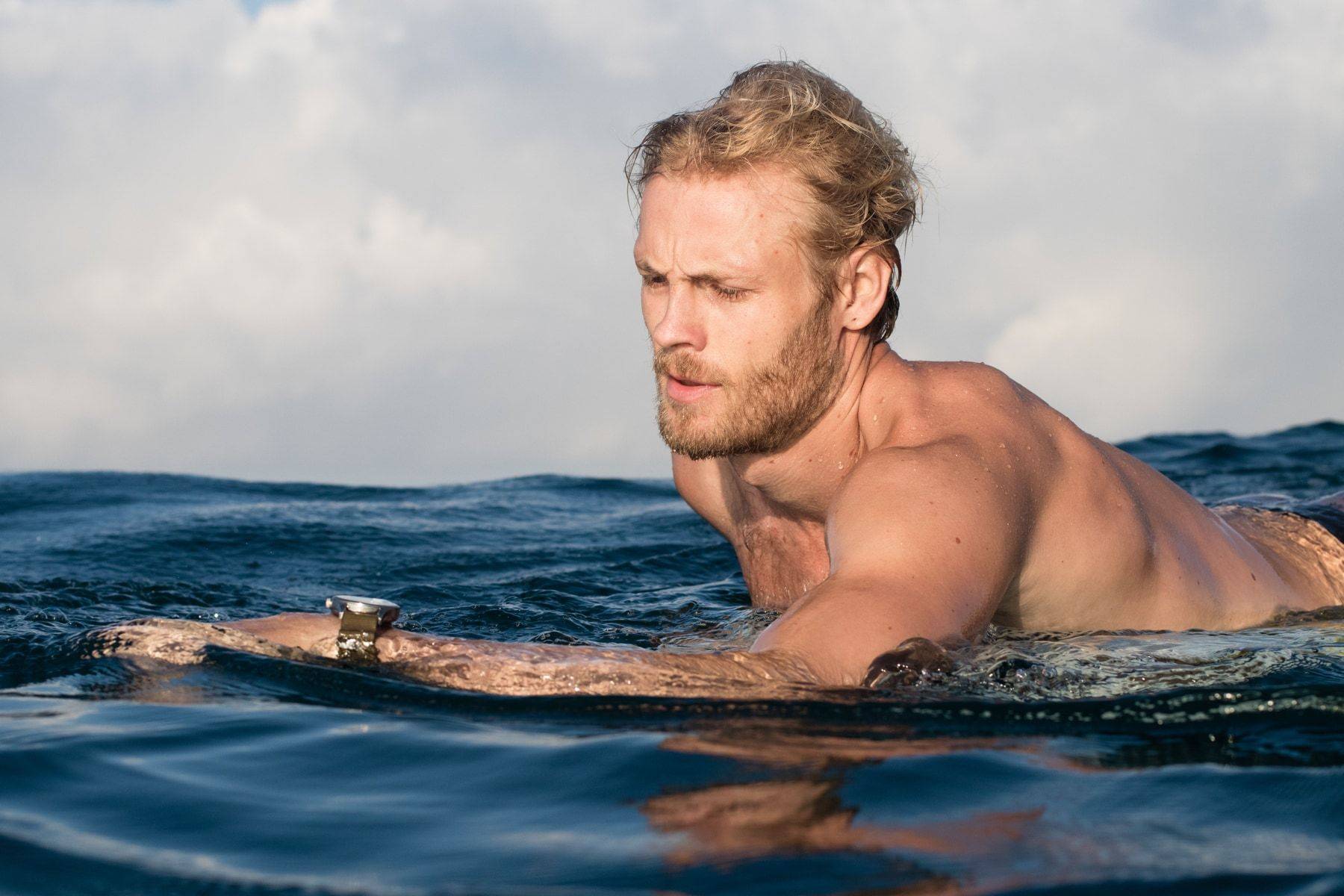 At minimum you will need a 100 meter water resistant watch to be safe when swimming.

By Reagan Cook and Ryan Torres

Almost all men's wristwatches claim some level of water resistance rating on the caseback - but what do these numbers actually mean? While 30 or 50 meters of water resistance may seem more than sufficient for a quick swim in the pool, in reality, they offer limited resistance beyond the occasional spray.

For a functionally waterproof watch (covering 99% of real-world use cases) you're going to need, at minimum, a watch rated to 100 meters (328ft) of water resistance - in the watch industry this rating is often abbreviated to 10 ATM (atmospheres) or 10 Bar.

Below is a quick summary of ATM ratings and what they mean:

The ATM scale of water resistance in watches starts with 1 ATM as a base resistance - though this rating is uncommon, as it is only found on the lowest quality watches and is rarely advertised or printed on the caseback. If you're shopping waterproof watches for men with a budget over $50, the vast majority of options you're going to encounter are watches with 3 ATM resistance.

Chinese-made fashion watches from brands like Daniel Wellington, MVMT, and Vincero are typically 3 ATM - and like many other aspects of these watches, there's a lot to be desired when it comes to in-water resistance. While a 3 ATM (30 meter) rating sounds pretty substantial, it actually only indicates that the watch can withstand light splashes and hand washing. Anything beyond this runs the risk of breaching and ruining the watch.

"A watch with a 3ATM rating is usually an indication of poor build quality. Since those watches are inevitably going to flood, it means that the total cost of replacement is lower than the upgrade to 5ATM - which is typically only a few dollars."

In order to actually be comfortable with limited water and steam exposure such as showering or an accidental fall in the pool, a minimum of 5 ATM (50 meter) rating is required. Many non-sport luxury watches are rated at 5 ATM.

While a 3 ATM rating is generally a signifier of cheaper components, a rating of 5 ATM (in non-outdoor watches) is a good marker of quality. Since water resistance is achieved by close-fitting components, higher ATM ratings also indicate more precise machining, better gaskets and sealants, and thicker case walls and glass. 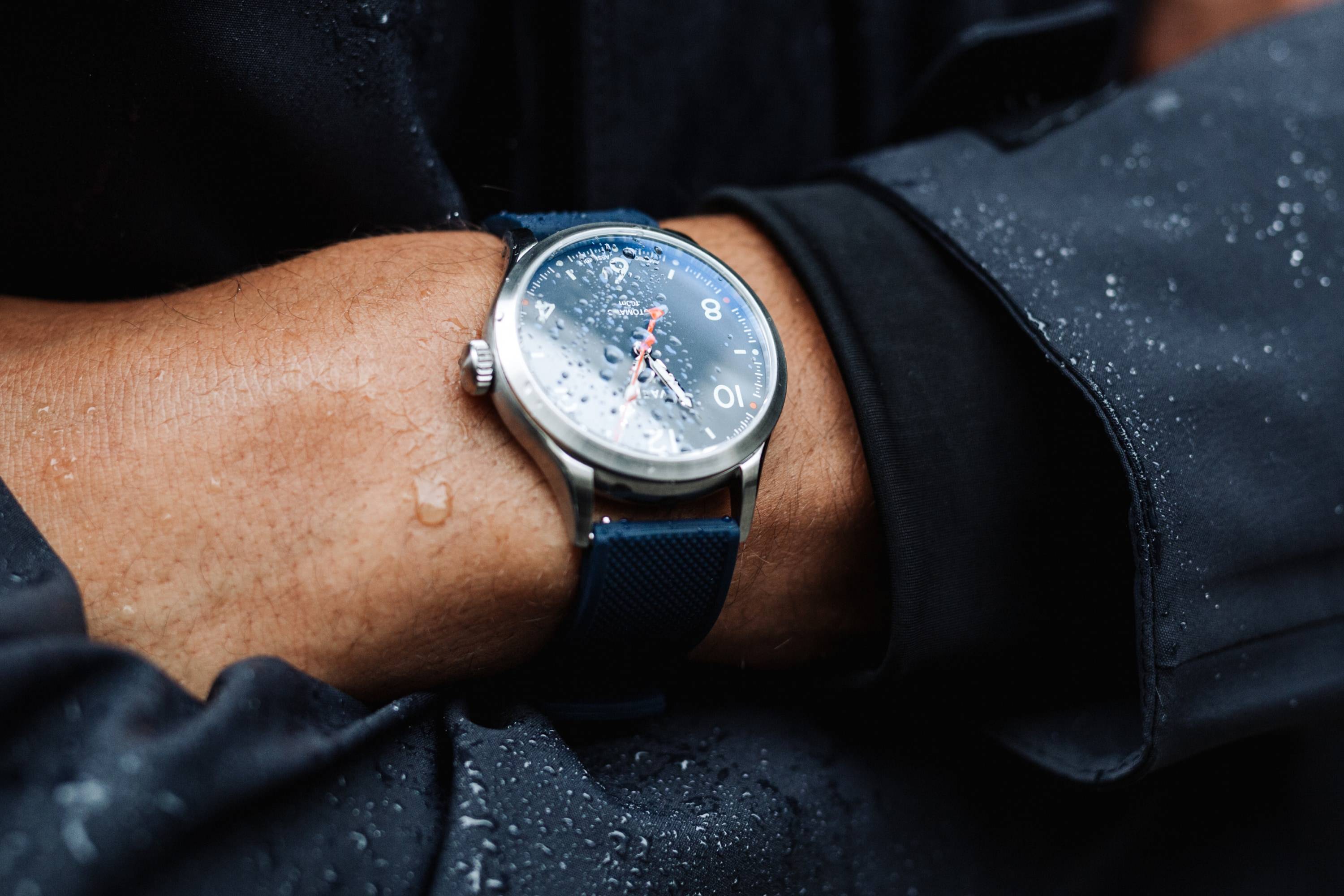 While water resistance for swimming and diving is important, protection from rain and steam is critical. Vaer watches cover both, providing a 10ATM rating and a locking crown.

One of the biggest things to keep in mind when shopping for watches is that it's ONLY at 10ATM that the question of water resistant vs. waterproof starts to become negligible. 10ATM is the base requirement for extended water submersion and it should be the minimum specification to seek out when purchasing a watch that will be used in the outdoors.

However, just because a watch is rated to 10 ATM doesn't mean it can't fail in the water. The 100 meter rating is based on static pressure in a controlled environment, and for this reason it is very possible for a 10 ATM watch to flood when used in the real world. This type of failure typically occurs at the crown - either from user error (i.e. forgetting to push the crown back in fully after changing the time), a manufacturing defect, or accidental impact underwater the knocks the crown out of place.

Due to the ever-present risk of crown failure, very few watches, even those marketed as 10ATM will include a warranty covering water-related damage.

"Our goal in founding Vaer was to build a watch that you could take from the ocean to the office. While we were familiar with options like a Casio waterproof watch, there weren't many non-plastic models available for under $200. We quickly realized that the complexities of producing a locking screwdown crown was a big reason why. Our ability to integrate this rare feature into our watches, was a big contributor to our early success, and it remains something that really sets our watches apart today."

In order to have a watch that you can repeatedly take in the water without worrying about it ever flooding, you're going to want a screwdown crown. Almost all watches at 20ATM and above have this feature, and it's generally associated with luxury divers. At the 10 ATM level, screwdown crowns are much less common, especially on design-oriented minimalist watches.

At Vaer every watch we make comes with a locking screwdown crown to ensure an airtight seal at the most vulnerable point on the case.

Our confidence in guaranteeing our watches are waterproof vs. water resistant comes from personal experience. Vaer is headquartered half-a-mile from the Pacific ocean, and as founders we try to get in the water 4-6 times every week. Our watches have endured hundreds of hours of pounding shorebreak, and prolonged salt-water exposure - and thanks to the screwdown crown they've always kept ticking.

While we openly admit that that our 10 ATM watches will flood at extreme depths (likely at a depth of around 120 feet), this type of exposure is so rare that we're always willing to replace the watch of an owner that tries to pull it off (thus far, it's never happened). 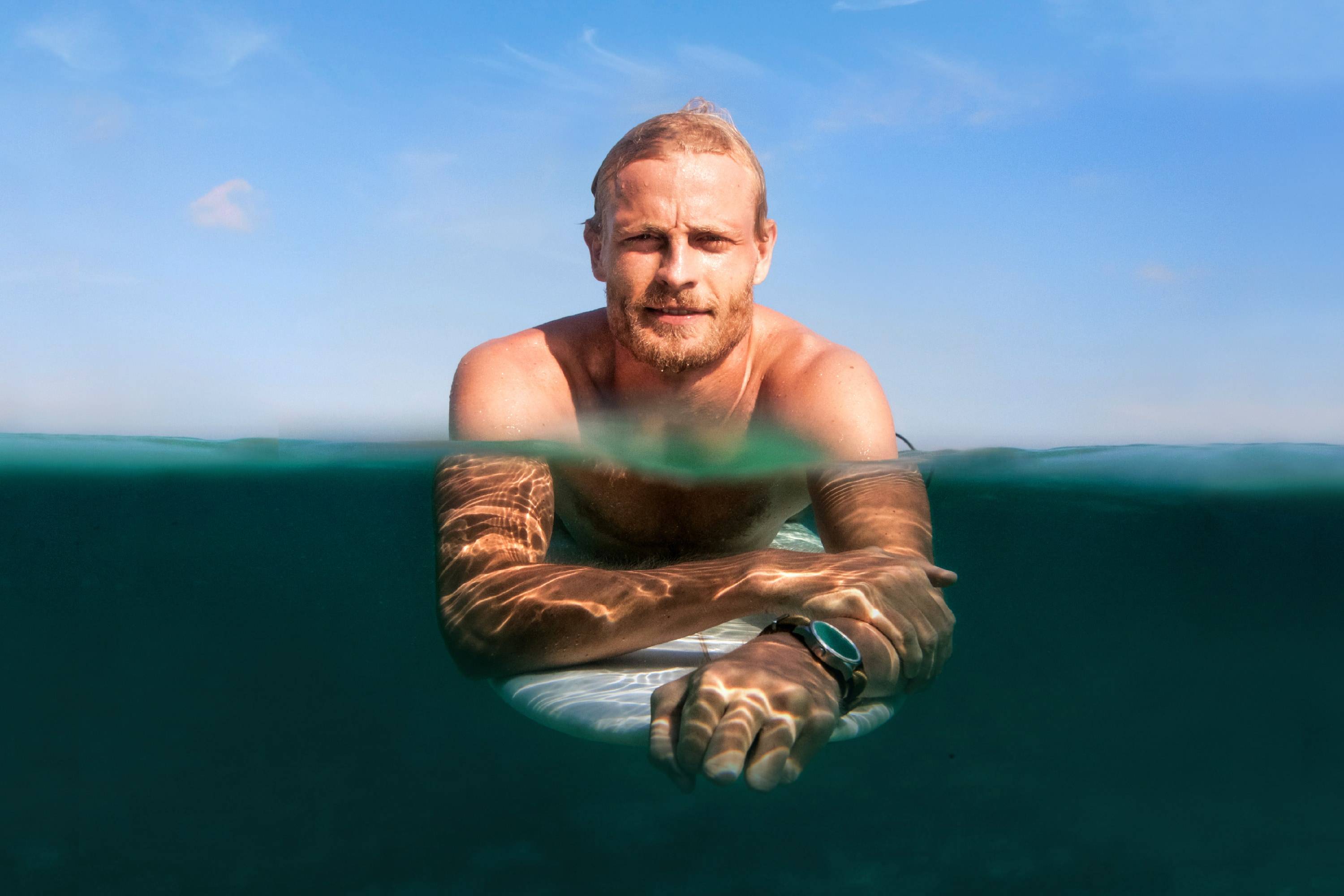 All Vaer watches are sold with a guaranteed waterproof warranty. We're able to make this promise thanks to years of wear, and hundreds of hours in extreme ocean use.

Beyond 10 ATM, water resistance ratings start to become more about bragging rights (and price tags) than real world functionality. The Vaer D5 and D7 dive watches are rated to 20 ATM, and this is a common mark for most modern divers, as it allows you to take the watch to the limits of recreational diving at 60 meters (200 feet).

Here at Vaer, we believe that 20 ATM is a sweet spot for dive watches because it allows for great functionality, while maintaining desirable aesthetics like a slim, sub-12mm case thickness, and an exhibition caseback.

If you own a Rolex Submariner or Omega Seamaster, and scoff at the idea of trusting a measily 20 ATM watch, keep in mind that in order to judge the difference in the ocean, you would need a diving rig with hypoxic breathing gas in order to avoid the oxygen toxicity induced by such an extreme depth.

The Edge of Reason: 30 ATM Watches

As mentioned above, there are some pretty cool watches that are rated to 30 ATM. But generally speaking, this designation is more about technical bragging rights than functional value.

While you might assume that 30 ATM watches are inherently better than 20 ATM watches, it's important to keep in mind that very few "serious divers" are ever going to rely on a dive watch as their primary diving tool. A modern dive computer is able to track and record depth and dive times over multiple dives, and then use that data to let the diver know when they need to end their dives and how quickly to rise. This means that even an average, modern dive computer is far superior for diving compared to the best dive watch.

Despite this, many people still wear their dive watches in addition to a dive computer while diving - mostly because it's cool to see a technical tool perform in its natural environment. 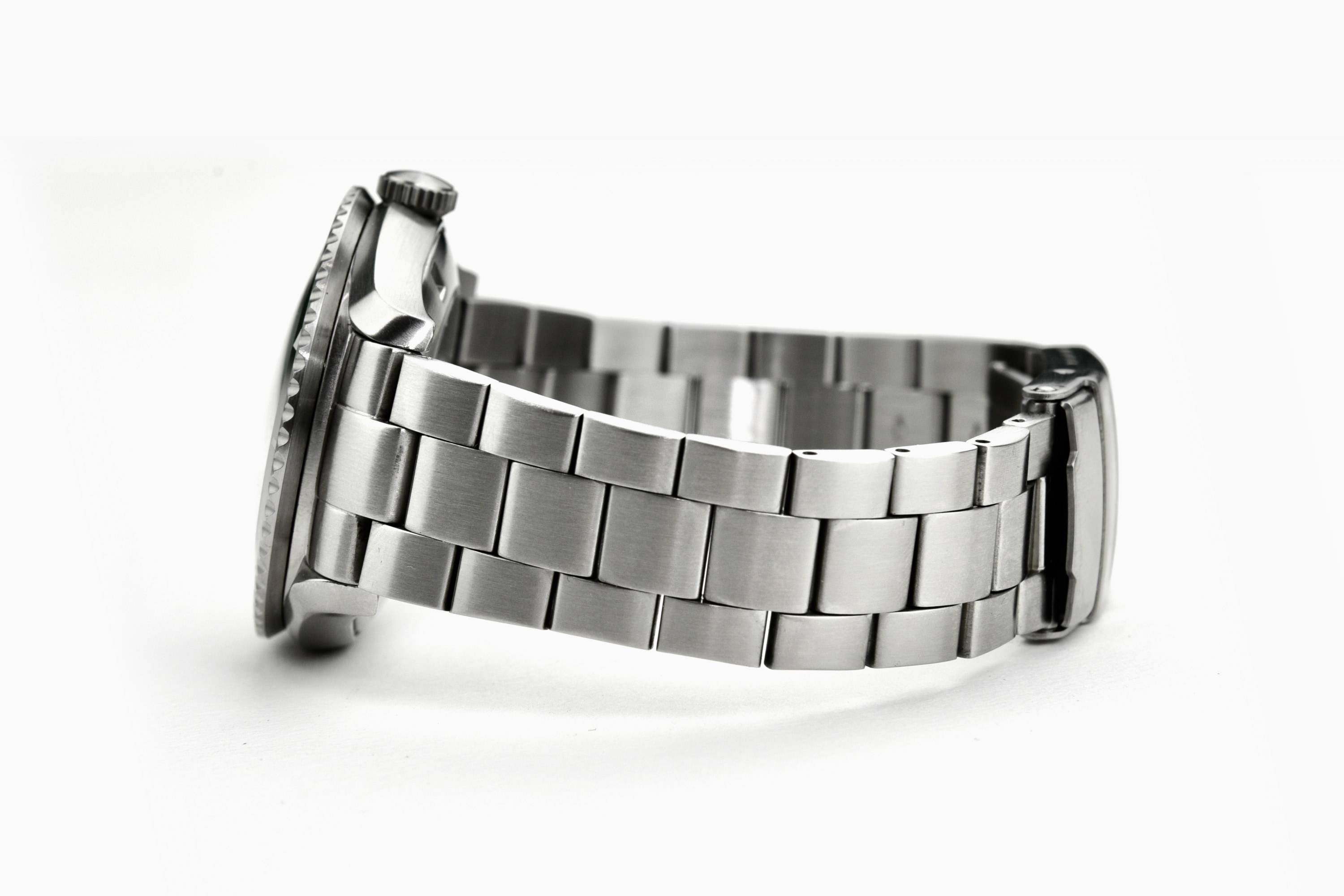 Vaer Dive Watches are rated to 20ATM with a locking crown - this rating provides deep diving functionality, while maintaining a slim case, and a sapphire exhibition caseback.

If 30 ATM watches are pushing the limits of practicality, then 100 ATM is definitely going a bit overboard. While we think it's awesome that brands like Rolex are pushing the outer limits of what's possible in terms of water resistance ratings (the 2012 Rolex Deepsea offers a cool 390 ATM) there's a point where the numbers start to lose their relevance.

Unless you have a wrist like the Hulk, wearing a 100 ATM watch is going to be heavy, and uncomfortable - and generally a pretty poor choice for active water sports like swimming, fishing, surfing and kayaking.

Choosing The Best Waterproof Watch for YOU

The fact that you're reading this article is good indication that you've placed a priority on water resistance for your next watch purchase.

Flooding and water damage is the most common causes of failure in wristwatches and it is easily avoided. Just keep the following suggestions in mind:

1. Look for at least a 10 ATM resistance rating.
2. Ensure that the watch has a locking crown.
3. Consider sizing, smaller = more comfortable.
4. Ensure the watch includes water-friendly straps.
5. Confirm the brand has a waterproof warranty.

We hope you enjoyed reading the article, and learned a thing or two about the strange realities of water resistance in watches. For more details on our specific models you can visit the shop, or keep reading by clicking one of the article links below.

Ryan and Reagan co-founded Vaer Watches in Venice, California in 2016. As small business owners they handle just about every aspect of the daily operations of the company from watch design and supply chain management, to customer support and photography. Over the years, they've learned a thing or two about watchmaking, online retail, and American sourcing and assembly. If you have a question, comment or correction related to this article you can contact the authors directly at team@vaerdesign.com. 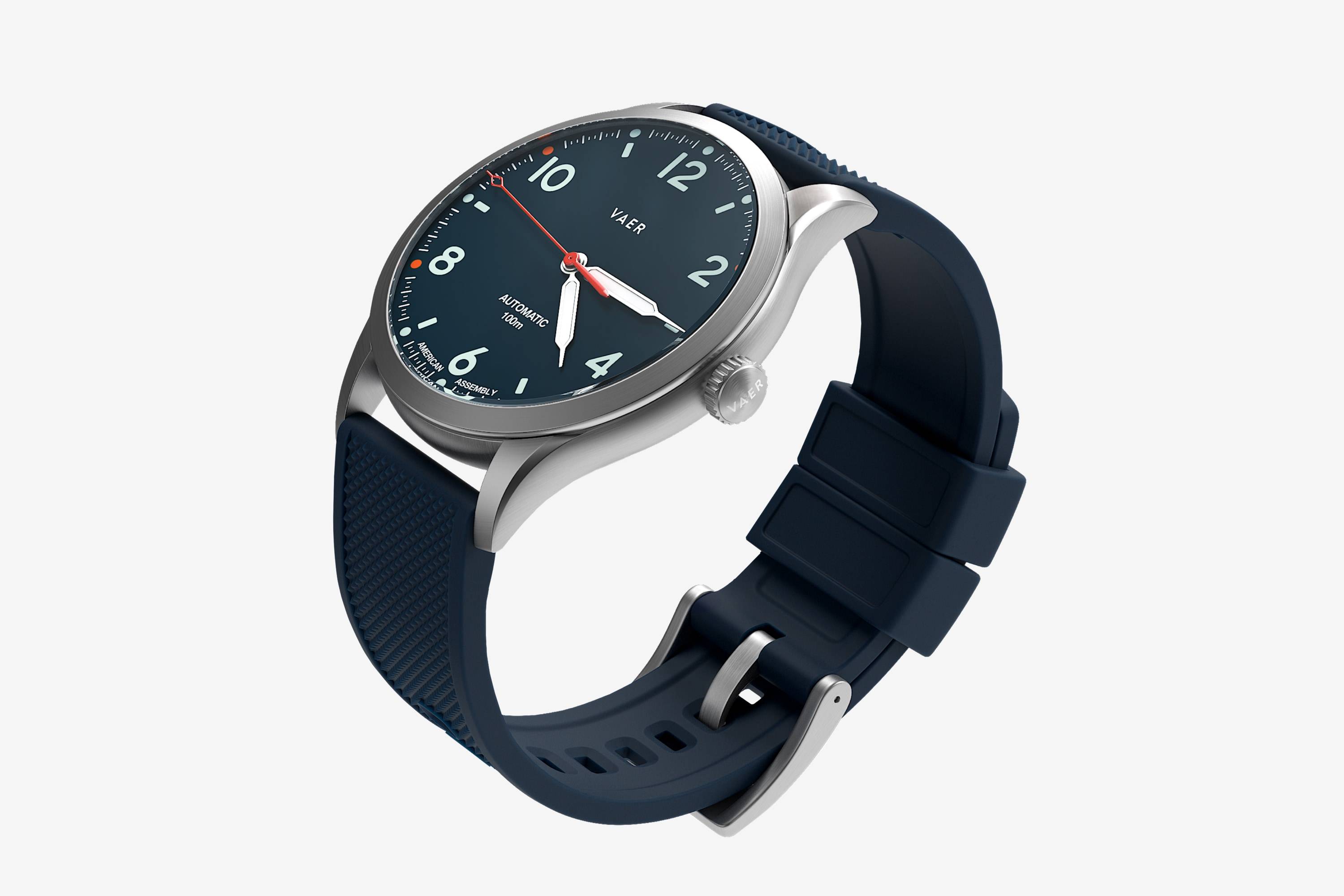 In 2018 we went back to the drawing board to refine and improve our core product offering. The result was the V2 Vaer Watch. 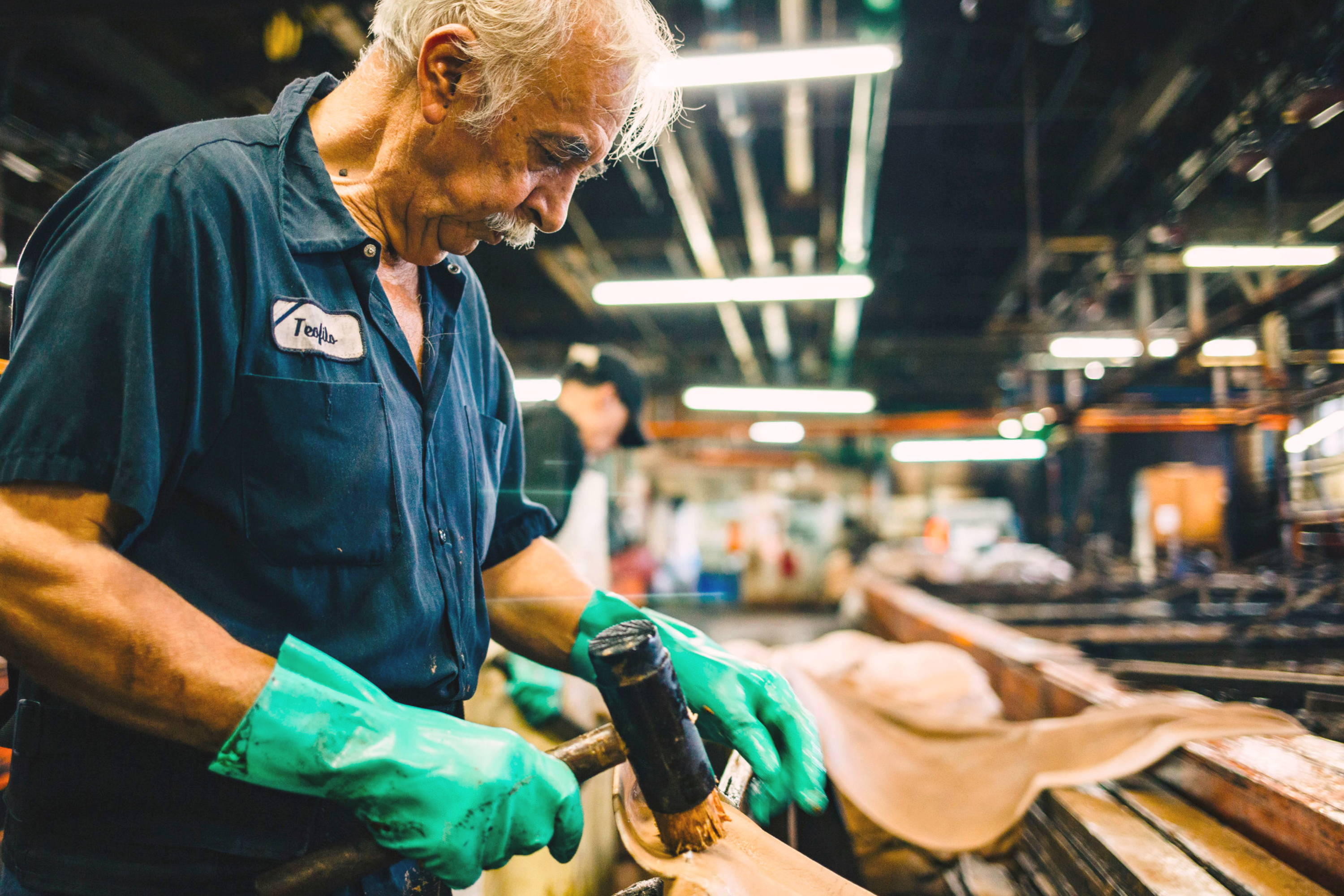 Every great watch needs a great strap, and our USA tanned and sewn Horween leather line-up, are some of the best you can get. 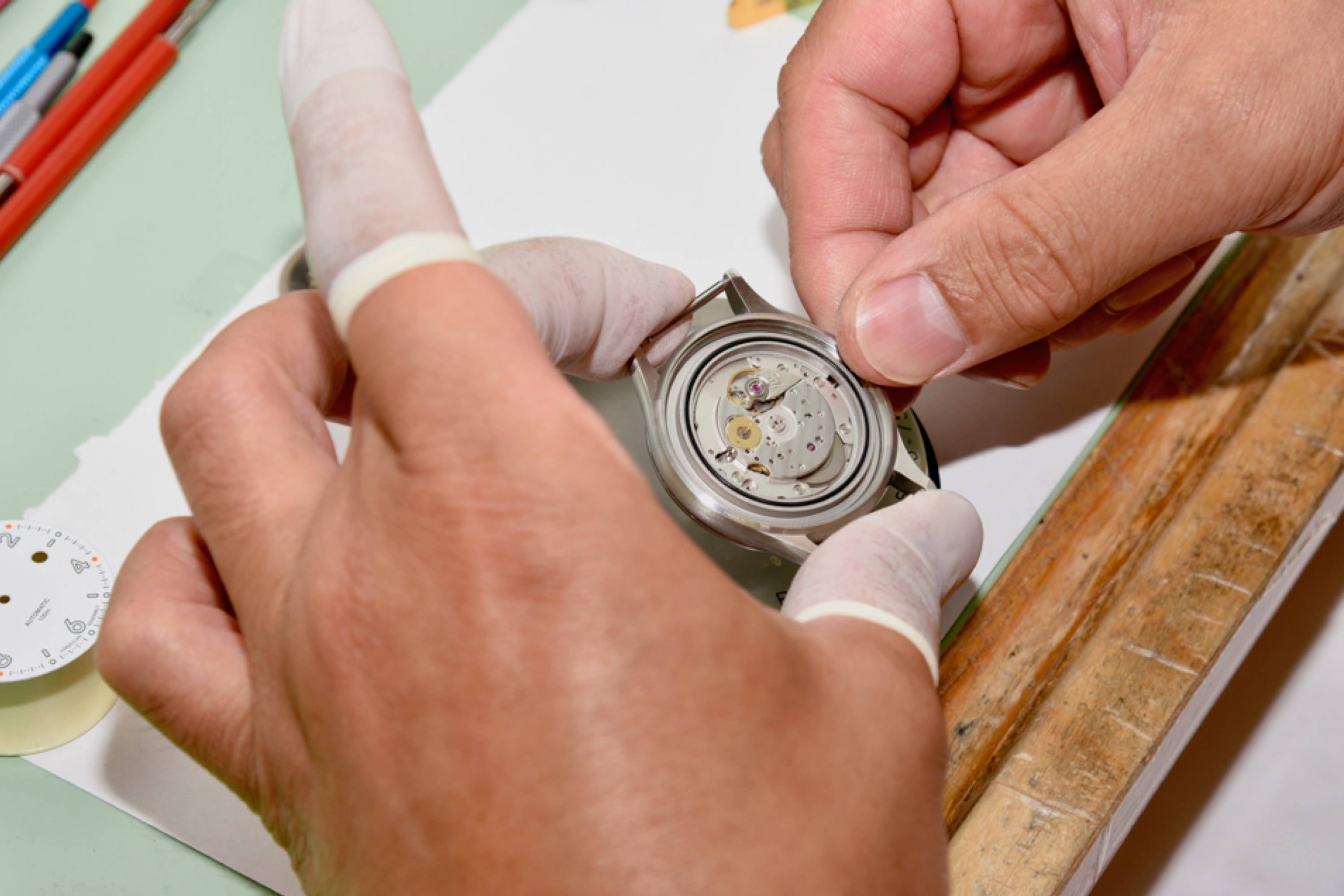 Made in USA vs American Assembly - What's the Difference?

As a brand committed to local sourcing, we've spent a lot of time researching the rules around 'country of origin' claims.