Read Our Full List of Press Reviews>
Over 3,800 ★★★★★ Reviews Learn More>
Follow Us:
Close Menu
Access Denied
IMPORTANT! If you’re a store owner, please make sure you have Customer accounts enabled in your Store Admin, as you have customer based locks set up with EasyLockdown app. Enable Customer Accounts

Honoring the Tradition of Military Timekeeping

Many of our designs are inspired by the unique heritage of military-spec tool watches - both in form, fit and functionality. 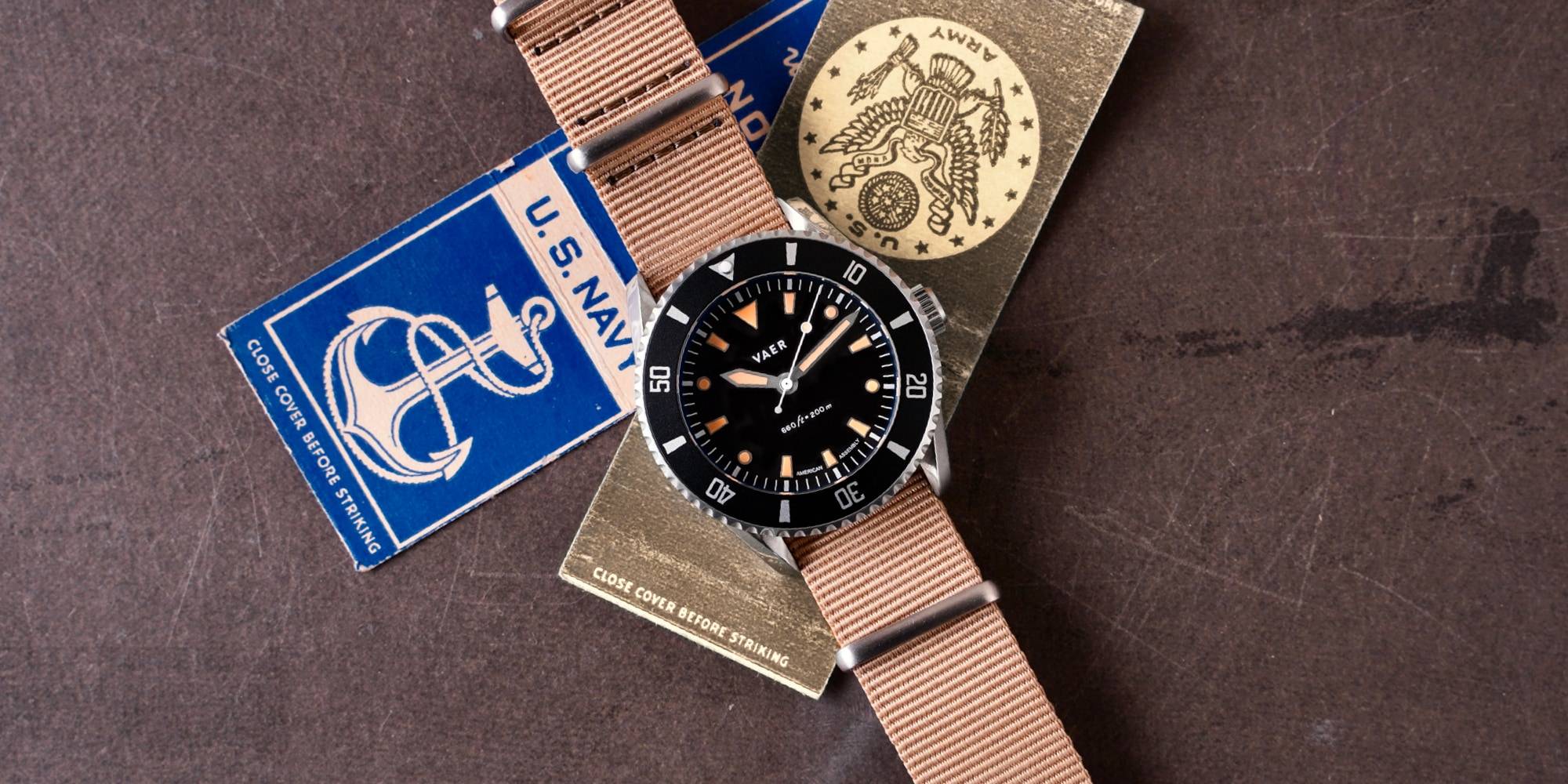 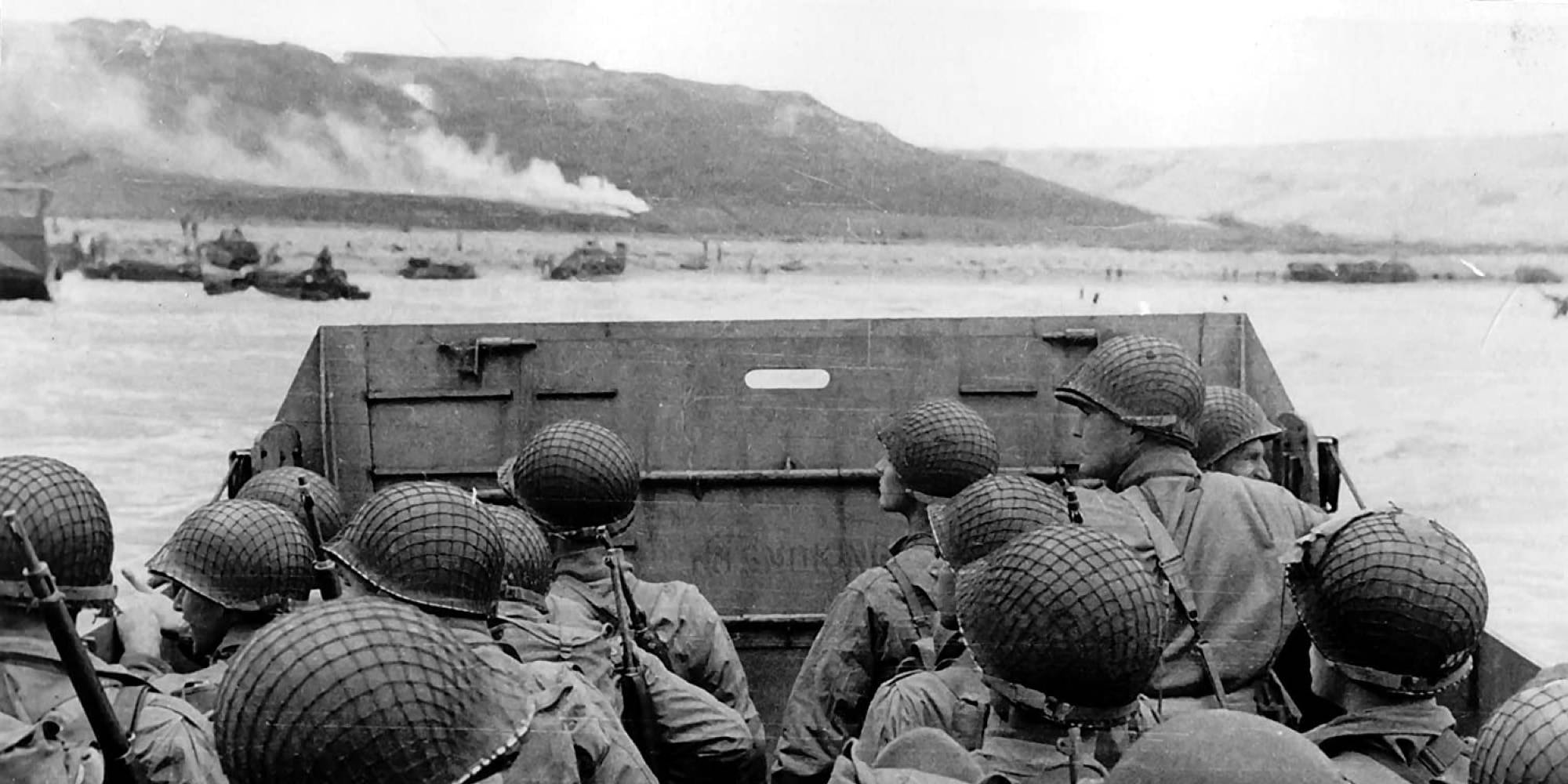 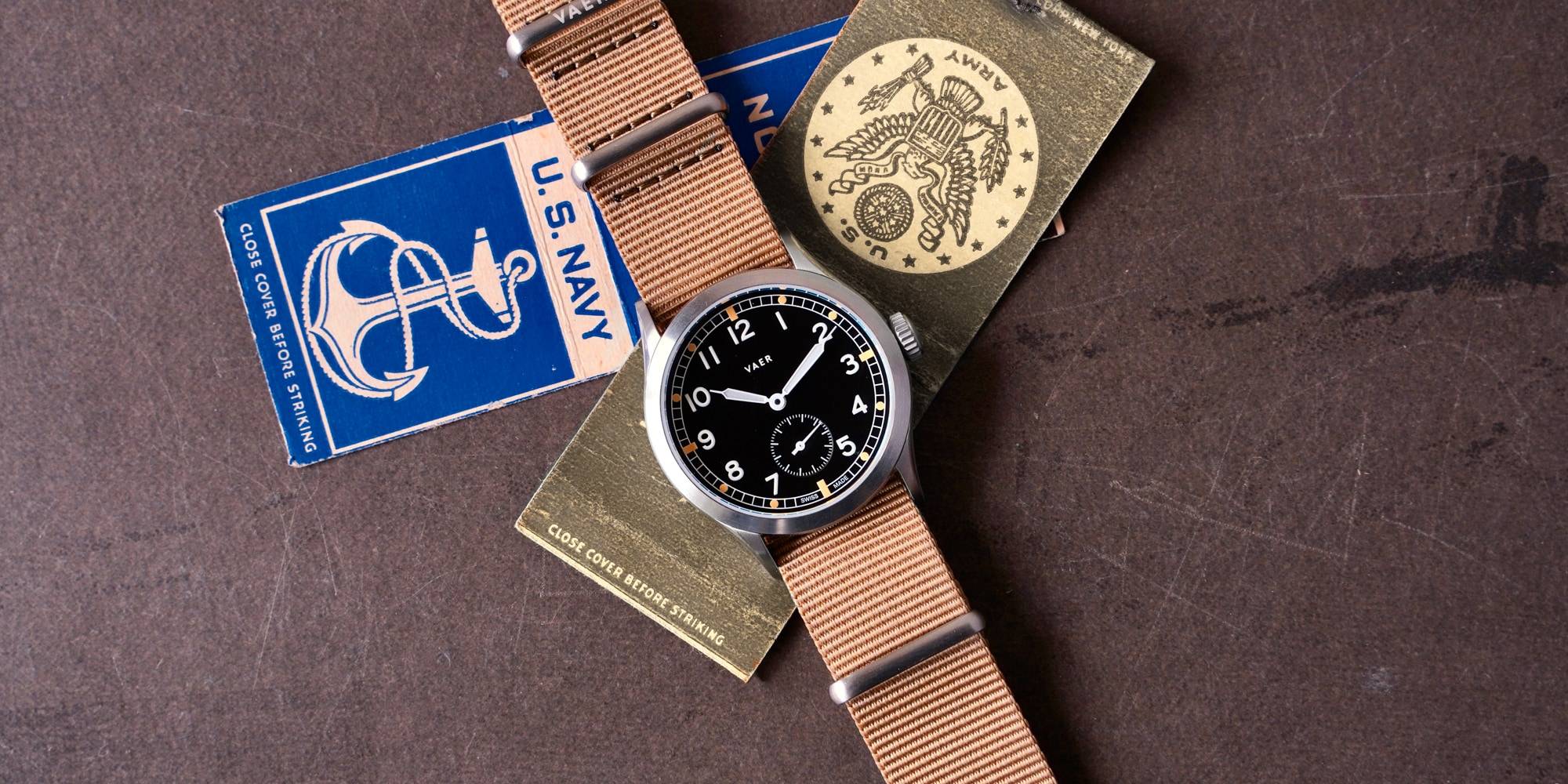 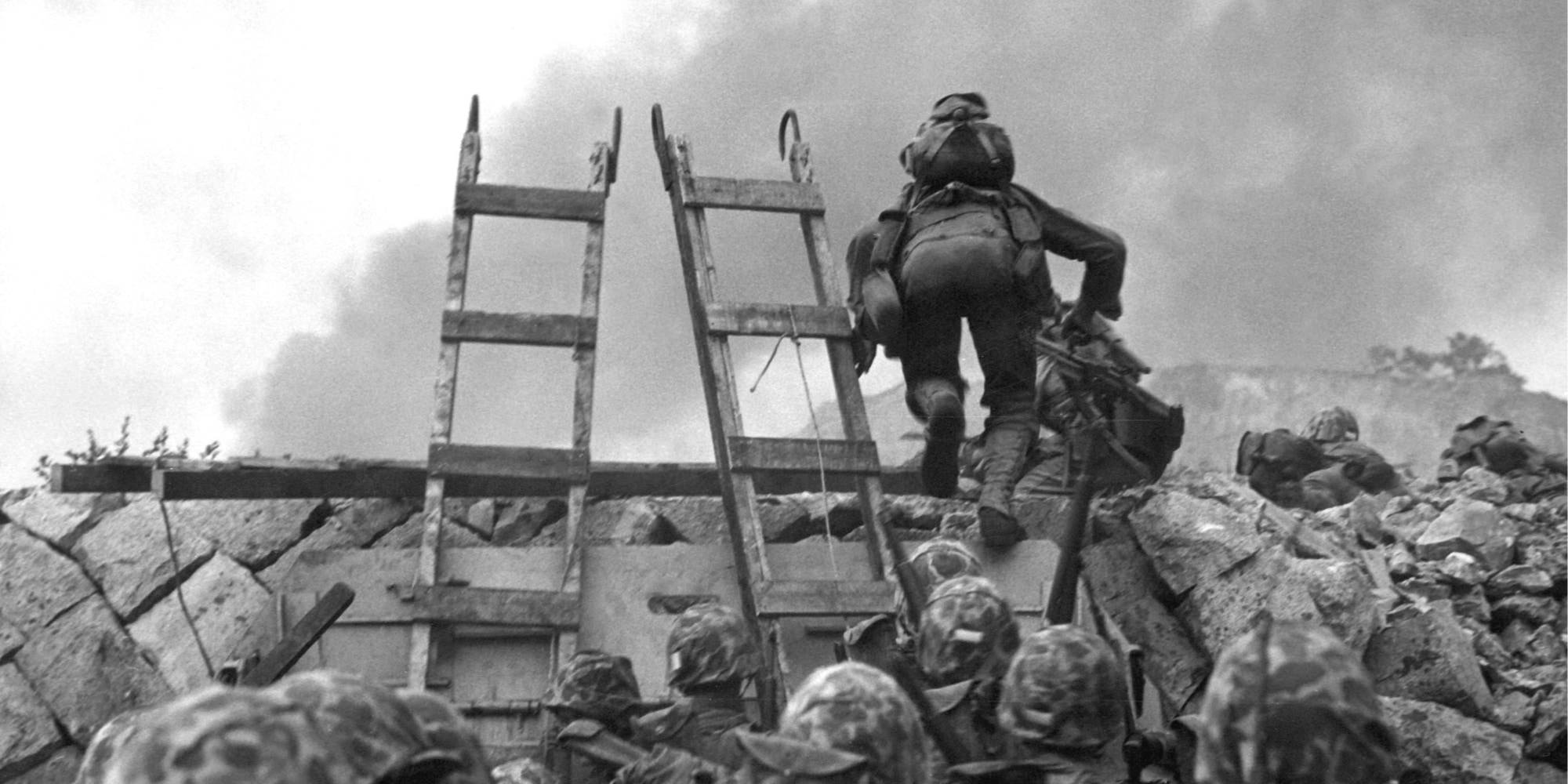 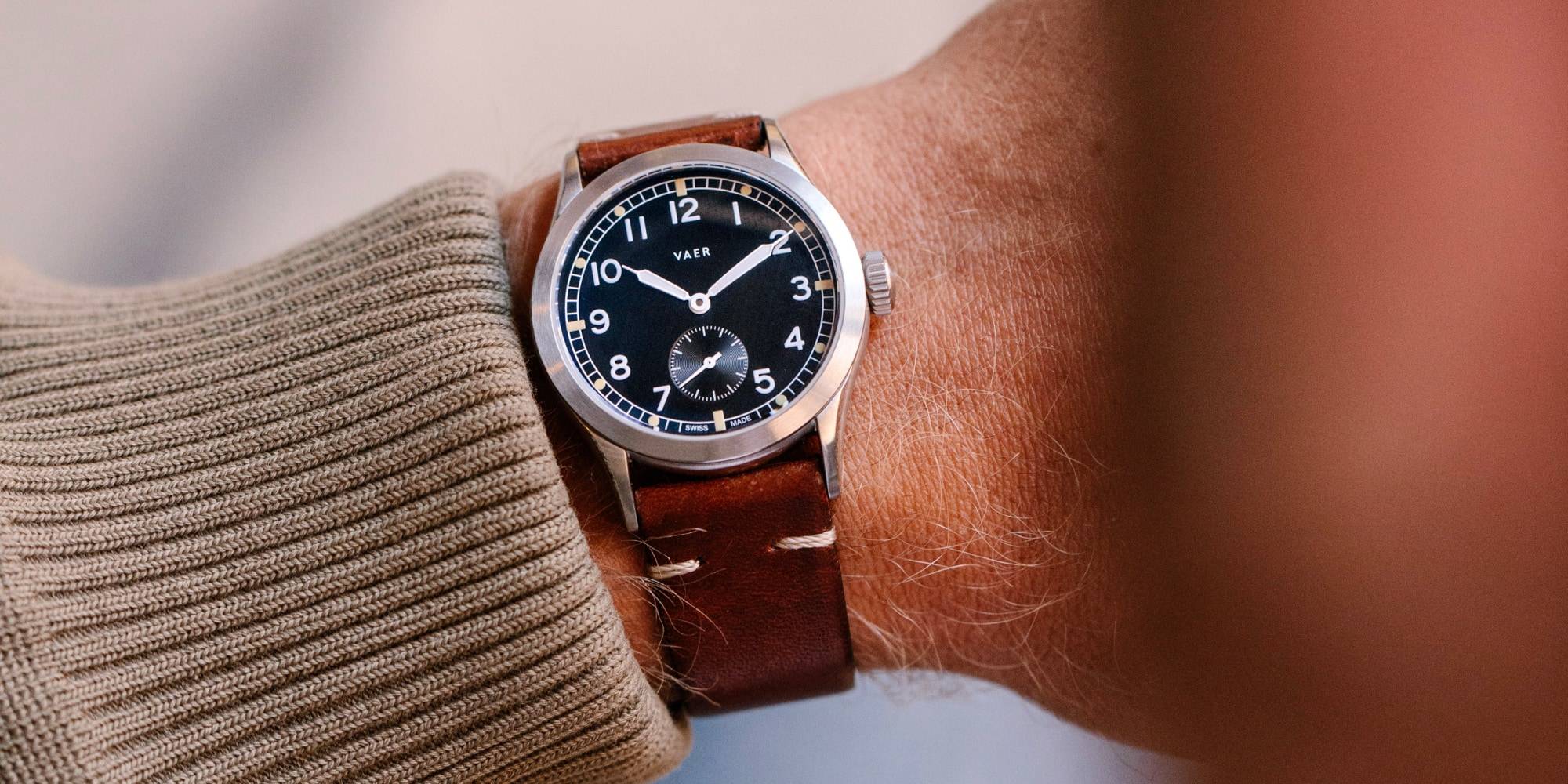 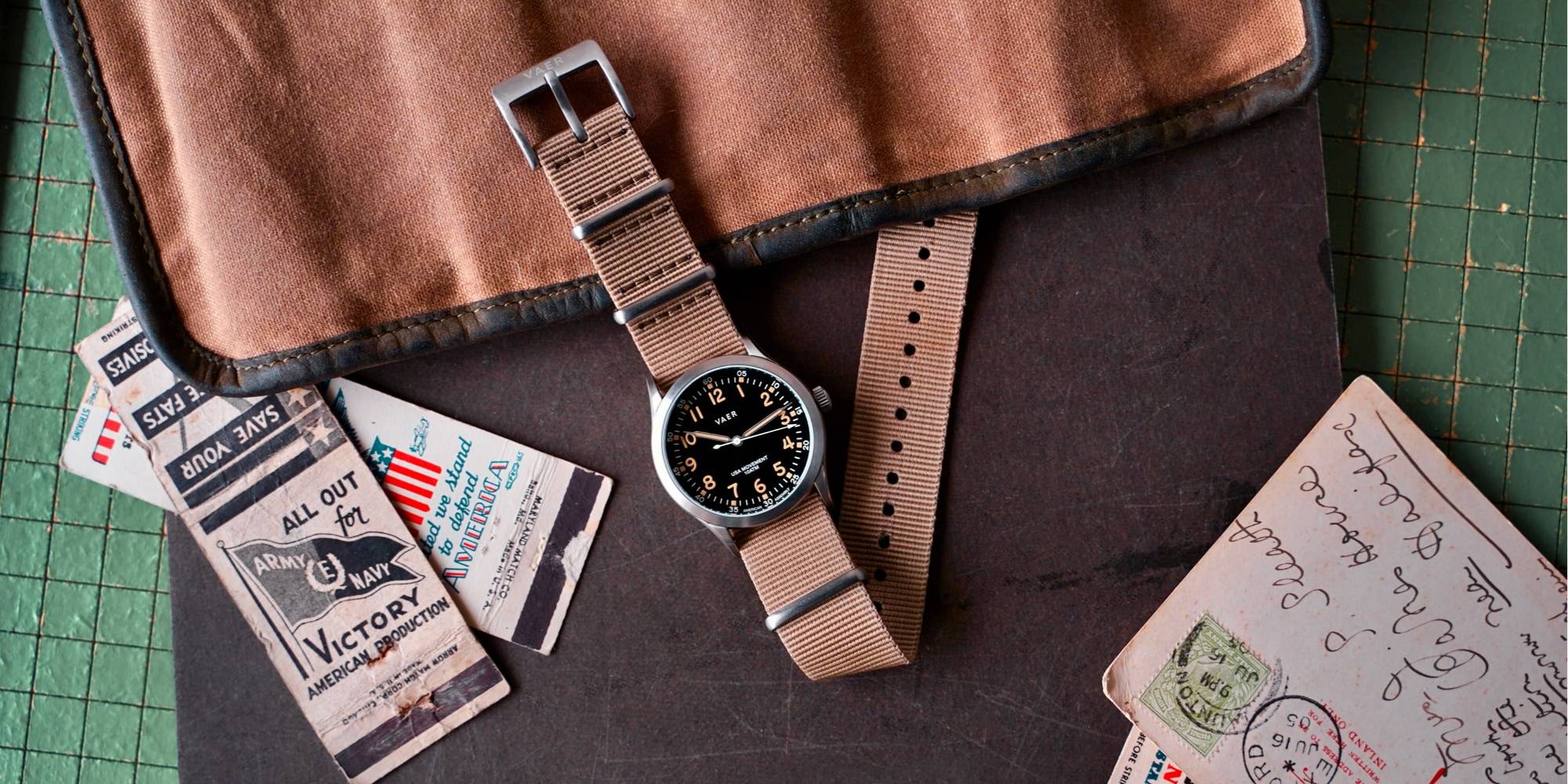 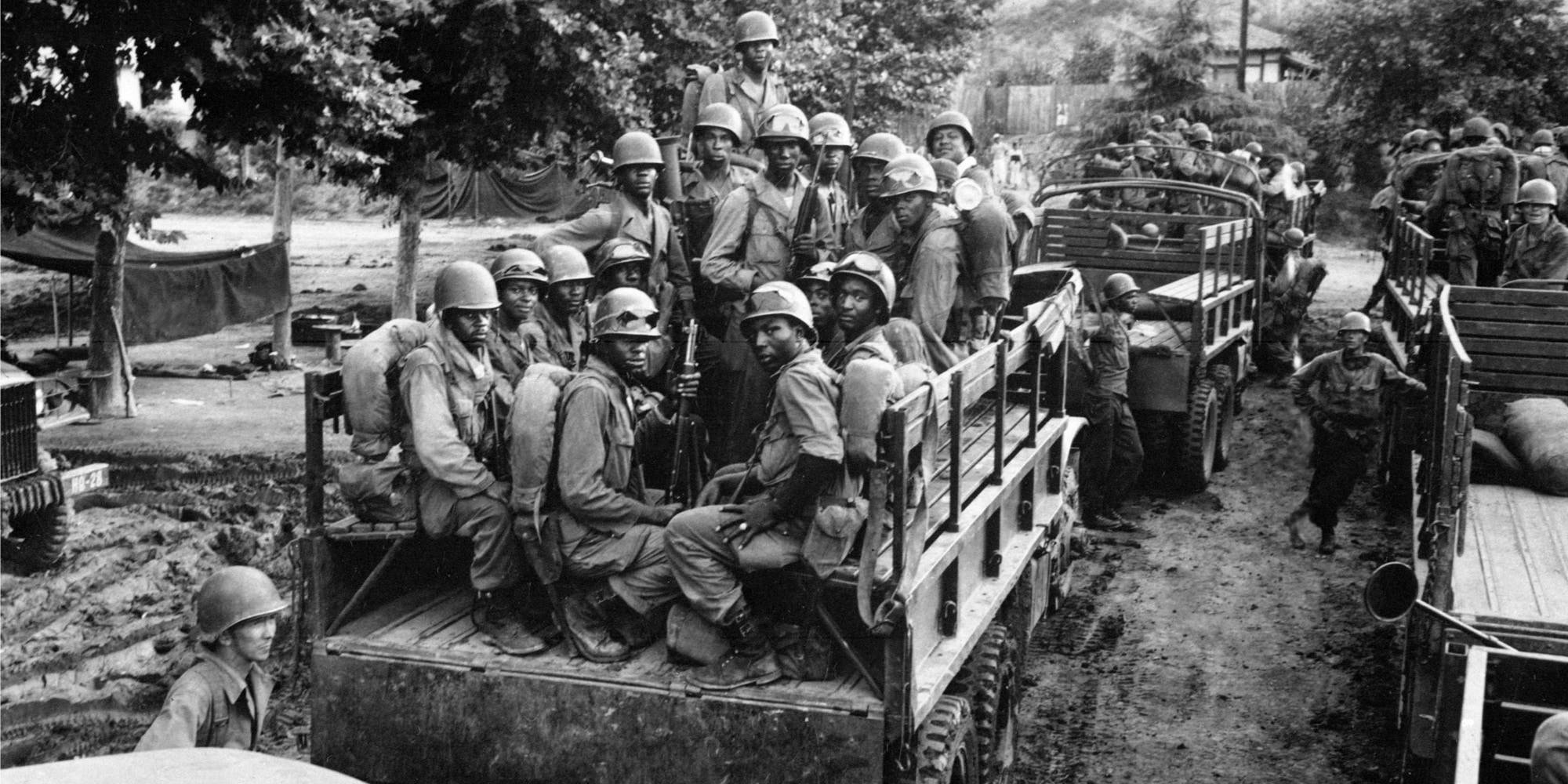 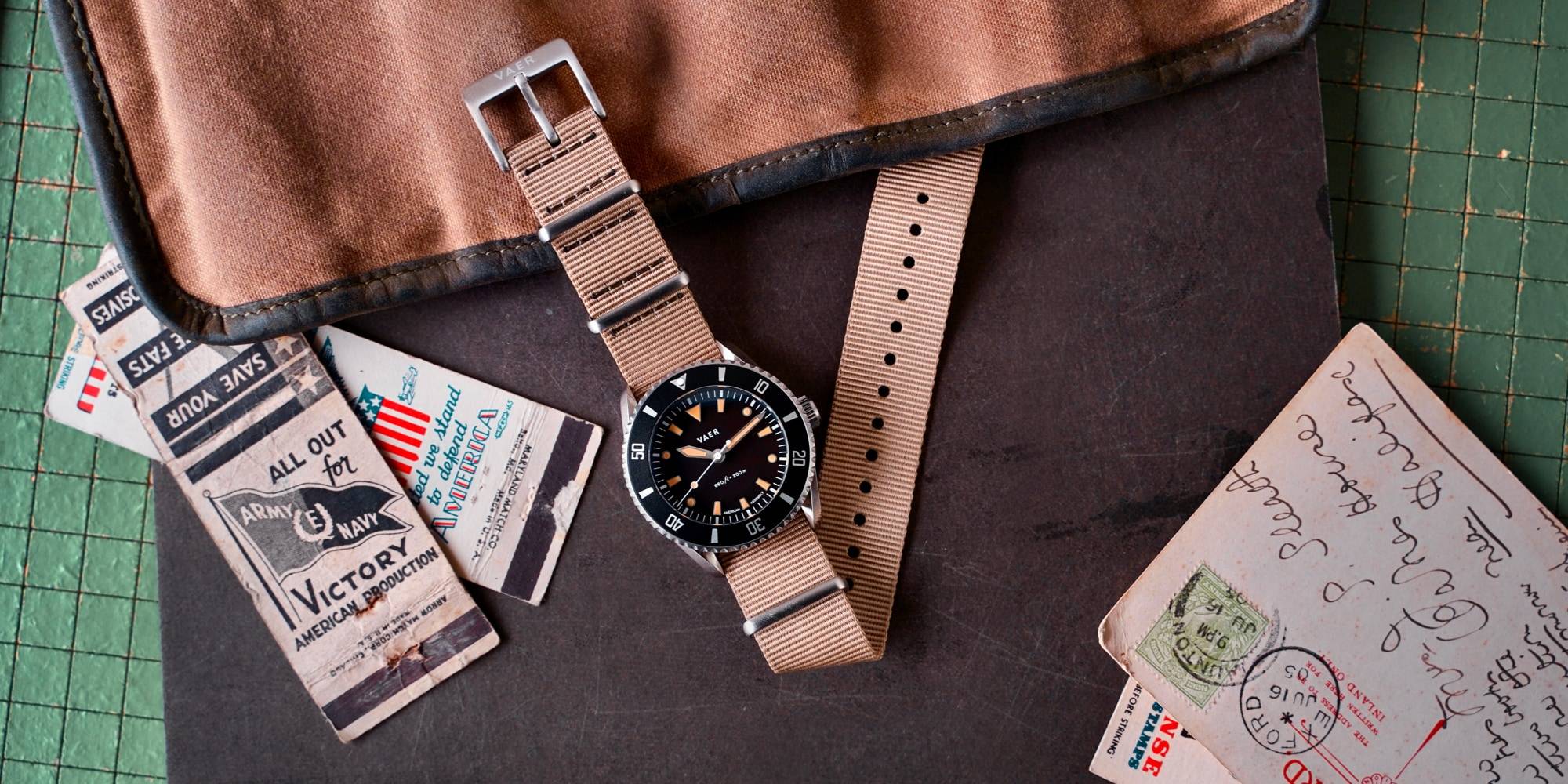 All Vaer watches are ocean-ready - and sold with a gauranteed waterproof warranty.

Our watches features a scratch resistant top crystal, and our automatic watches use sapphire casebacks.

Our A,C, and D series watches are assembled and tested in America - and have the option of USA movements.

Quite possibly the most famous military field watch of all time, the WW2 "Dirty Dozen" is an iconic collection of service watches from twelve historic Swiss brands. Compact, legible, and waterproof this design was on the wrist of soldiers during the most decisive moments of the European campaign.

Our version, the A12 Dirty Dozen is an authentic 36mm hand-wound homage to the 1940s design spec, borrowing elements from across the original lineup to create a fitting "13th model" to complement the core collection.

Starting in the late 1950s the British Ministry of Defense began a collaboration with Rolex to develop a combat dive watch for the Special Boat Service. While 4 unique models were developed over the next 20 years, the most iconic and collectible of these "Milsubs" was the 5517, which is the only model with no civilian equivalent. Featuring bars welded to the lugs, it's the only Submariner model that cannot be worn with a bracelet.

Our D4 Arctic Solar diver (and D5 auto version) is strongly influenced by the 5517 in size, form, and function. A key example is the oversized coin-edge bezel which follows the military requirement of being easy to operate in cold ocean conditions while wearing gloves.

Unlike the service watches of the Second World War, which have a range of modern interpretations and homages, the timepieces of the Korean War have largely been forgotten. Last year, we launched the C3 Korean Field to help remedy this imbalance, and serve as a reminder of the service and sacrifice of the allied forces in this conflict.

Unlike most military homage pieces, the C3 Korean Field is functional and affordable thanks to it's USA-built quartz movement.

Affordable Watches for the Everyday Ocean-Dweller

We believe the best products are those that you can count on for years of everyday wear - from office, to ocean, to overseas travel. While luxury items have their time and place, we've built our military collection for those who want a beautiful, well-built watch that they never have to worry about. 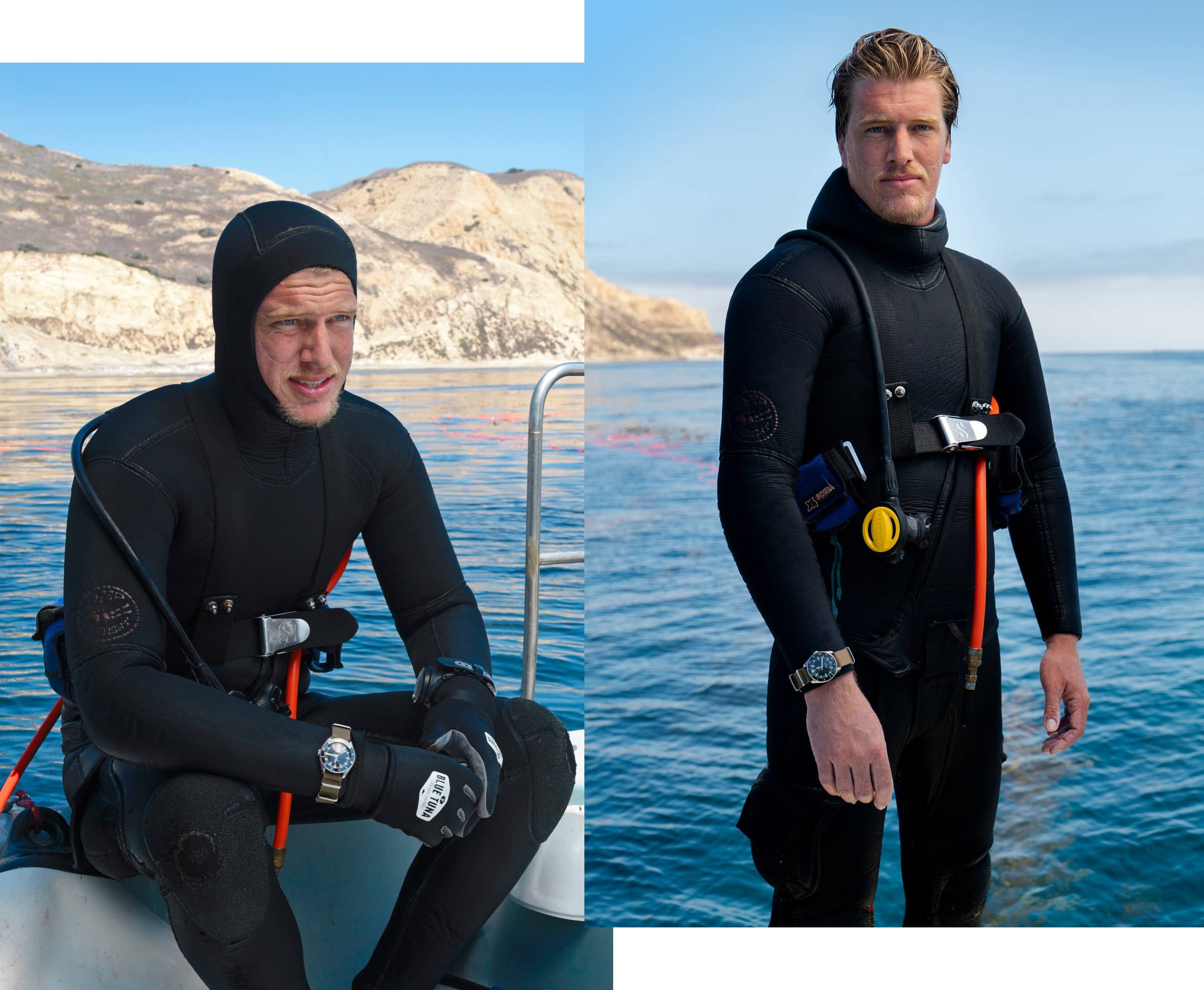 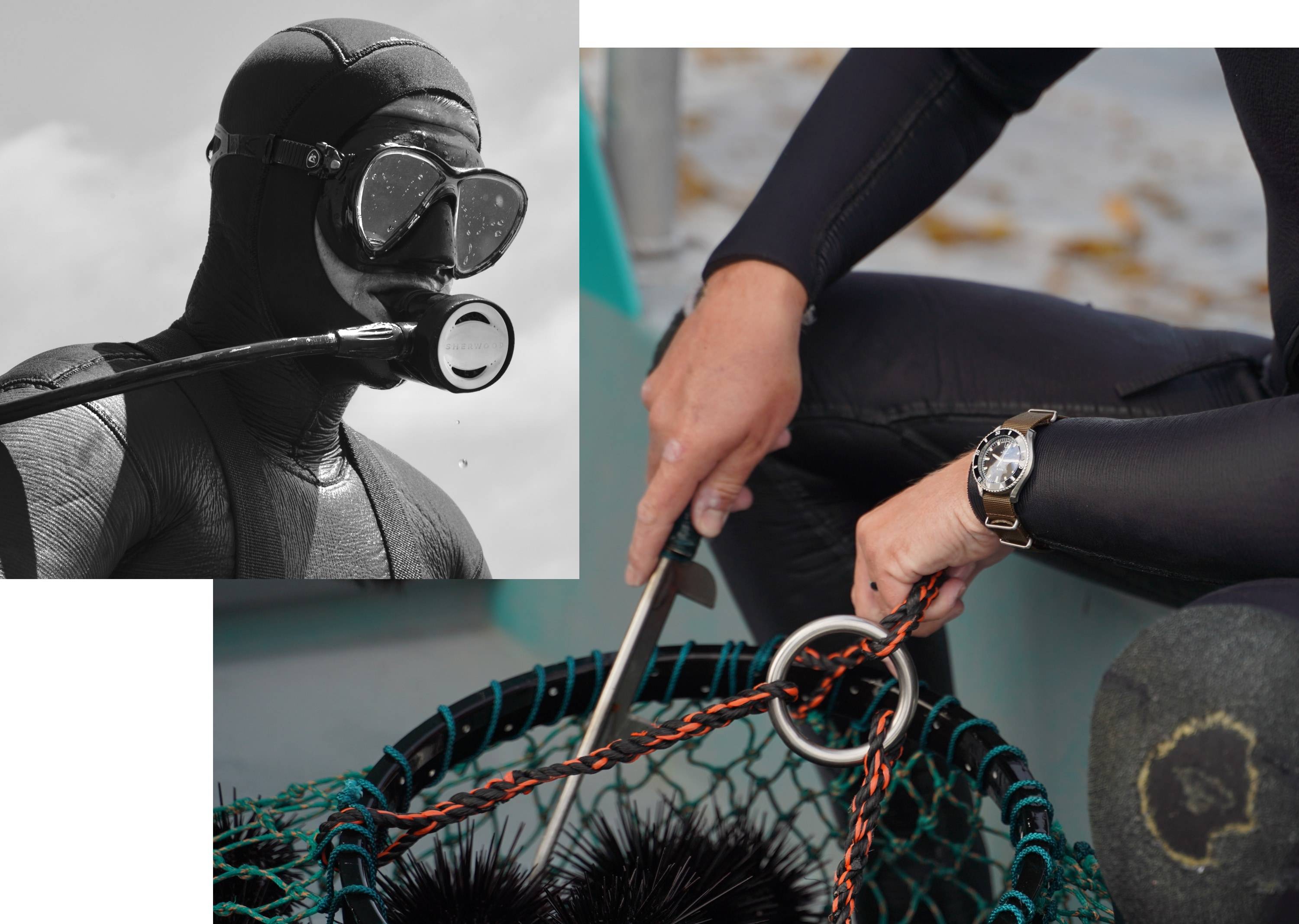 Whether you're planning your own diving expedition, or just looking for a timeless and well-built watch you can trust around the water, Vaer has what you're looking for.

For Purchases in America

Due to batch assembly and demand, most watches ship in 7 days.

We think you'll love this watch. If not, we make it easy to exchange.

All Vaer watches are sold with a 24 month guaranteed warranty.

Your are successfully subscribed for email notifications.
✖

Notify me when available

We will send you a notification as soon as this product is available again.

Your email is requried